I once wrote an article (again for the BCCA magazine) entitled “A Bust to the 7...Qc7 Winawer - ?”. It was based on my games with a home-made plan involving pushing the kingside pawns. My record over the board against the main line is indeed quite favourable: P41, W31, D9, L1 (grrrr). All the same, the title was a little joke, a nod to Fischer's famous “A Bust to the King's Gambit”, in which he proposed that 2...exf4 3 Nf3 d6! wins by force.

Actual busts of opening variations are pretty rare. Sooner or later someone usually finds a way to refute the refutation. In both the supposed “busts” above, theory has indeed moved on substantially. All the same, I think Black's position is objectively better against my line than White's position is against Fischer's – which is as you'd expect. Robert James Fischer, the 11th World Champion, was one of the strongest players in the history of chess. Naturally, therefore, his opinions (at least on chess) are going to be worth more than mine, a mere correspondence IM (SIM) with a current, rather specious OTB rating of 219 ECF (roughly 2350 Elo).

GM John Shaw is also much stronger than me, with a current ECF rating of 237 (roughly 2500 Elo), but he is not Fischer either. In his recent megatome The King's Gambit (Quality Chess 2013), Shaw includes a chapter “The Refutation of 3 Bc4?!”, in which he recommends 3...Nc6 and claims a definite advantage for Black. Subsequent investigators have disputed this. 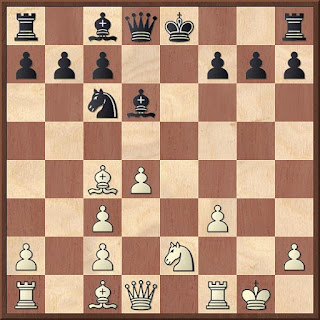 There is nothing new in chess. In his earlier book The Fascinating King's Gambit (self-published 2004), Thomas Johansson, too, had flagged 6...f3! as “Black's best option” and continued the line to 12 Ne4, which he assessed as unclear, writing that “White's pawn structure may not be the healthiest, but on the other hand White still has more influence in the centre and a half-open g-file.”

So who is right? In my game, White might improve with 19 Qe1 or simply 17 cxd4, intending 17...Qxd4 18 Bh6 Rf7 19 Nxf5, but I'm not keen on the position after 12...Be6. Instead, on the ChessPublishing forum, Stefan Bücker proposed 11 Qd2 and 12 Qg5, writing that “When the queens are exchanged, there is not the slightest reason why Black's fewer pawn islands should be a factor. White's center may well be more important.”

Which brings us finally to the game below, where I had a chance to test Stefan's idea out. As you'll see, Black kept the centre pawns under control, but didn't manage to do much else. And another 2016 correspondence game quickly ended in a draw too. So it seems that, while Shaw's recommendation leads to a position that you might not want to play over and over again, White is probably not worse here.

Unless, of course, you know different...