Most over-the-board players I've spoken to about correspondence chess regard it as a waste of time. Everyone just uses computers now, they'll say, so what's the point. In other words, computers have destroyed CC as a meaningful contest. Personally, I don't think that's true; but computers have certainly changed it – to such an extent that I gave up playing serious CC ten years ago.

That's not because I think the use of computers is "cheating" or anything. I don't think that at all. In fact, I think entirely the opposite. Correspondence chess is the game of chess analysis – it's about whose analysis of each ongoing position is the best – and to undertake any proper chess analysis today without referring to a computer (at least at some stage) would be pretty much ridiculous.

No, I gave up because computers have taken the fun out of it for me.

In bygone days we played by actual post, writing our moves turn by turn on specially designed scoresheets or postcards, sticking on stamps, going out and posting them, waiting for the replies to drop through the letterbox, rushing to the door to see – and often being surprised by – what our opponents had done. All that has gone. Okay, the material aspect is not to be mourned: the long delays between moves (especially when playing internationally), moves going astray (or people claiming they had), the sheer expense of it all. But the surprise has gone. Nowadays, I know what my opponents will play 90%, 95% of the time (even 100% in some cases), because it's what my computer would have played. Nowadays, games turn on small margins, a positional error, an erroneous plan, a misassessment through not analysing deeply or incisively enough. This is grandmaster chess and, more than that, grandmaster chess where no one ever blunders outright. And that's fine, really it is. But it's not much fun.

If I'm to play that type of chess, I need there to be more at stake than just winning or losing. So the only remote chess I play now is in online thematic opening tournaments, mostly those I set up myself with my own pet lines. Yes, I still know what my opponents are going to play most of the time, and I see the same erroneous plans being carried out by different opponents, unfamiliar with the variations and overreliant on their engines. And then, sometimes, they (or their engines) come up with different ideas, new ideas, stronger ideas, and sometimes I lose. And yes, I do still hate to lose.

But more than winning or losing, what I want from these games is truth. Every win, every loss, every draw, increases my knowledge, refines my analysis through critical practice. And as an opening theorist more than a player these days, that's what makes it worthwhile to me.

Here's some truth I was taught very recently. In this line of the Wagenbach, Black's set-up with 7...Bh6 8 0-0 h3 9 g3 Nc6 looks, admittedly, very artificial (especially as an early ...h4-h3 is almost always wrong in the Wagenbach), but it had survived computer-aided assault surprisingly well. 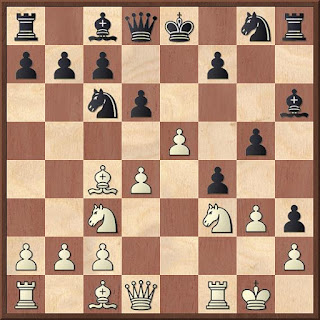 Not any more. White's play with 10 e6! fxe6 11 d5! appears to refute it completely. I spent a long time on this position, looking at all sorts of different variations, but failed to find a satisfactory defence for Black. The rest of the game is just me playing it out. I thought for a moment I might survive with 15...Nb6 and then 16 Nd4 Nxc4 – but White inserted 16 Rf1! first, and Black is just losing after that.

Posted by Jonathan at 12:05 No comments: 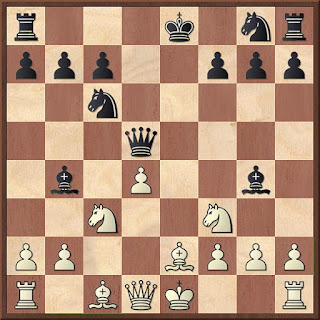 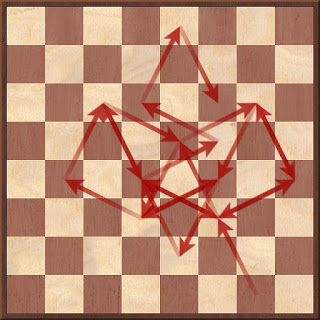