047. The Drawback to Reversed Openings

So there's a sharp system you like very much as Black. Why not play it reversed as White with an extra tempo? How useful would that be in the critical lines? If you're attacking the kings on opposing wings, say, an extra tempo might be very useful.

But critical lines are not the issue. What you need to think about is the non-critical lines, especially those which nobody plays because they offer White nothing and merely cede equality straight away. That's the drawback. In the reversed opening Black doesn't require an advantage. Equality will do just fine, thanks. And what are you going to do then as White? The game below is a case in point. 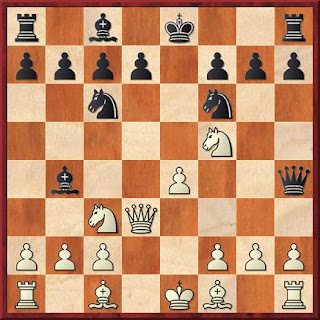 But how does a2-a3 help White in the reversed position? Answer: It doesn't. White has to take the draw in the same way. So when my opponent answered 5 Qh5 with 5...Nc6 6 Bb5 Qd6 7 Nf3 Nf4!, I stopped short and thought: “Bollocks!”. No further comment required.