I've been reading Game Changer (New in Chess 2019), Matthew Sadler and Natasha Regan's book on AlphaZero: tech company Deep Mind's self-learning AI. AlphaZero was given the rules of chess, played 44 million games against itself in nine hours, and was then the strongest chess player in history, as demonstrated by its trouncing of the world champion computer program, Stockfish 8, in a 1000-game match: W155, L6.

AlphaZero is now my favourite player ever. Garry Kasparov loves it because he sees a mirror of his own style: dynamism as a priority, material secondary to the initiative. But AlphaZero is also like Karpov: subtle prophylaxis, restricting the opponent's counterplay, the opponent's pieces, keeping control. So yes, AlphaZero favours dynamism but only for itself. This is shown in a very simple way in a given graph plotting the number of legal moves each side has available at any point in the game. AlphaZero always seems to have more. It's Kasparov combined with Karpov, enhanced by a computer's incomparable tactical ability. Nigel Short called it God.

Matthew Sadler called it a lunatic. That was while going through a game where AlphaZero, as Black, sacrificed three pawns and its kingside structure for the rather nebulous gains of a well-placed knight, open files for its rooks, and an offside enemy bishop. 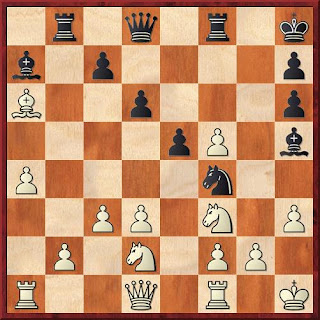 Its long-term initiative proved to be so great that even Stockfish was unable to contain it. Sadler's (and my) delight reflects the notion that technological advancement can sometimes seem like magic.

But then Sadler gets down to the business of trying to understand AlphaZero's chess, analysing how it plays, how it thinks, identifying its recurrent ideas, and making it comprehensible to a human readership. Regan does the same thing from the technical side, interviewing the Deep Mind team to gain insight into how AlphaZero actually functions, how it learns, and again how it thinks. And these two approaches “meet in the middle”. Game Changer is an extraordinary piece of work.

You'll notice that my opponent in the game below is AlphaZero. But not the AlphaZero. Just someone who has taken the name “AlphaZero” as their moniker. All the same, "human" AlphaZero is a strong and original player. We've had six games so far (four still ongoing) and I don't look like winning any of them. In the one below "it" adopts an unusual defence to the King's Gambit: 2...exf4 3 Nf3 Nc6 4 d4 f5. This is supposed to be bad, but winning a pawn and wrecking Black's structure was not enough to get me past opposite-coloured bishops, even with rooks on.

Well, there's no use in wondering what the real AlphaZero would have done because AlphaZero doesn't play the King's Gambit. Or 1 e4. AlphaZero plays 1 d4 and sometimes 1 Nf3. In other words, after due and deep consideration, AlphaZero has definitively pronounced: by test, 1 e4 not best.