Offering the article for download on his website, Peter comments: “It's all good fun, though I've since discovered a lot of improvements” and, pertinently, “Some day it would be good to redo the entire article with computer assistance.” Yes, indeed. As I know only too well, undertaking highly complicated, tactical analysis without a chess engine to tidy it all up is fraught with peril. Today's engines can rip everything to shreds in minutes, or even seconds.

But before the silicon era was even a dream, there was the first World Champion and first great spoilsport, Wilhelm Steinitz, who subjected his contemporaries' enthusiastic commentary to critical scrutiny and found it wanting. Steinitz looked at the Double Muzio too, but rather than get involved in the shenanigans after 9...Qxd4+, he recommended that Black avoid the whole thing by playing 9...Qf5!. I first discovered this in Stefan Bücker's interesting little book Das neue Königsgambit (Schach bei Franckh 1986), where Stefan wrote:

But if you're aiming to be a spoilsport, I think you should do it properly. In such mean spirit, I played 11...Qe4!? in the game below. 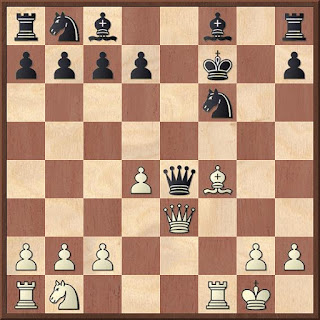 Understandably, Maurice (who was British Correspondence Champion at the time) wasn't too keen on any of that, so he retreated the queen again. But then Black has a superior version of Millican-Rawlings, and I won quite quickly (albeit without the reassurance of a powerful engine predicting the result in advance). That Houdini of course suggests improvements on my play, too, hardly matters since Black's play doesn't need improving. It's White who has to improve – and there the computer has nothing to say.